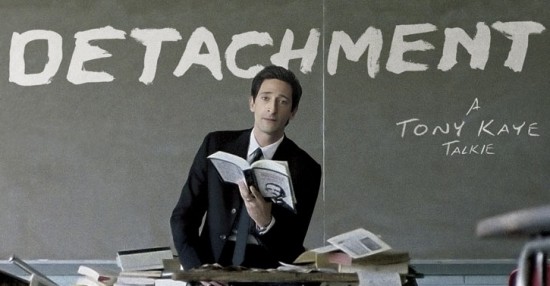 In the film, the character of Adrien Brody, Henry says

I realized something. I’m a non-person, Sarah. You shouldn’t be here, I’m not here. You may see me, but I’m hollow.

The film shows the degradation of the American education system where children have no respect for anything and teachers are at their wits end. Henry arrives at this school as a substitute school teacher and is able to bring an unruly class under control. He is a person who does not show any emotions and is completely detached to everything and everyone. At the same time, he is also shown expressing his love and concern for his ailing grandfather. He brings home a street prostitute, heals her physical and emotional wounds and yet refuses to accept her advances. One of this students becomes infatuated with him and starts to click his pictures in secret. Then there is a co-teacher with also whom Henry gets close. He In all these relationships, Henry tries to remain detached. He even arranges for the orphanage to take away the prostitute.

Henry teaches his students to cultivate their own consciousness against what his calls the ubiquitous assimilation of everything around us.

I liked this film because I could identify quite closely with the character of Henry, a person struggling between detachment and involvement with the world.