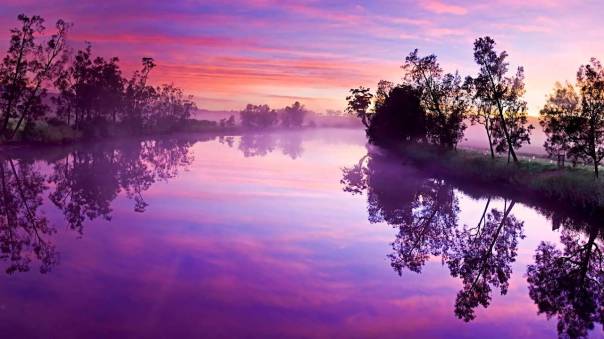 Mystics throughout the ages have termed the world as illusion – a dream landscape with people and things with no inherent substance. How do we reconcile this with what we sense in our everyday life – the people, the objects, the animals, the trees?

What appears to us appears the way it does only because of the various conditions in which it appears. To be more precise – appearances are nothing but conditions. The sky appears blue in the day and black in the night. A leaf appears green when young and yellow when old.

What we see is not an object but an appearance which we name. To understand what is real and what illusion, we must investigate deeper than the surface appearances.

Wood appears solid, but disappears into thin air when burnt. We see a rainbow with many colors but there is nothing but water. Conditions are such that from the point we are the light is reflected by water in the air to create the illusion of a rainbow. There are no colors in the air but we still see them. That is the illusion.

We see the sky but “sky” is a word which has no object. You cannot go up and touch the sky. But touching something does not mean it is not an illusion. When you touch a table, there is only the touch, no you and no table. And what is touch? It is nothing but an appearance or sensation of touch.

I hope you see… go ahead and investigate for yourself. Apply your brain power to this and find out for yourself. Do not try to understand words but find out what the words mean in your mind.

When you are thus able to see only appearances, the whole world dissolves, leaving only the pristine existence in its bareness.